I am always trying to mix it up for review day so that kids never get bored and stay excited about the content. Reviewing can get super boring, super fast so I am continually hunting the depths of the internet for novel and engaging ways to practice.

I have a hard time with review games that always reward the "smartest" kid. Yes, having the correct answer should be worth something, but I've noticed that game after game after game solely reward the students who have the correct answers in the fastest amount of time. Being fast at math does not mean that a student is good at math. In addition to finding engaging games and activities, I also try to find ways to not always reward those who are correct, but those who are attempting. Here are two of my favorites this past year!

Each group starts with a set number of flags of various colors. For this example, students started with 2 green, 2 yellow, and 2 orange. Each flag color is worth a mystery number of points. The teacher poses a question to the class and students work in groups to solve it. I usually designate one white board per group that is the "official" answer. If a group gets it right, they get to steal another group's flag and add it to their flags. At the end of the period the teacher reveals the point values for each color and the group with the most points wins. 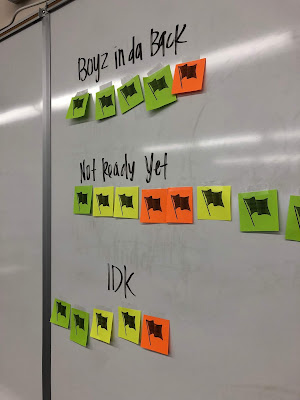 I LOVE this game because getting the answer right is worth a flag and no one "checks out" because they don't know if they have won until the very end. With high school students the stealing of the flag goes pretty well, but I would definitely go over guidelines and expectations ahead of time so that no one gets upset if their flag gets stolen! There was one particular class period this year where we had to have a rotation set up for who steals the flag first because they would always want to be the last group to steal. For the most part, there weren't any issues! 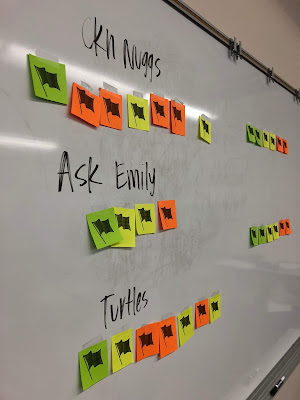 Try to make the point values spread out enough to where some flags are worth significantly more points than others so that the final outcome is a big surprise! It's always interesting to see the strange strategies kids come up with to try to win. I also switch the winning color up for each period so that kids in the morning can't tell kids in the afternoon how to win! 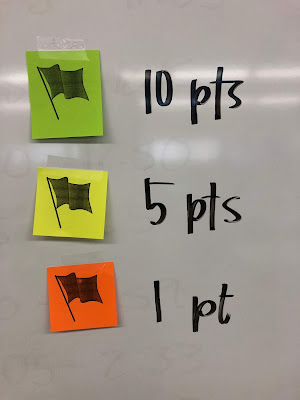 Flower Garden:
This game is similar to Capture The Flag but in this variation groups start with nothing. Once a group gets a question right, they come up and choose a colored flower from a large pile of colored flowers and add it to their group's garden. There is no stealing in this variation so it might go better for younger kids or kids who can't handle the stealing aspect. 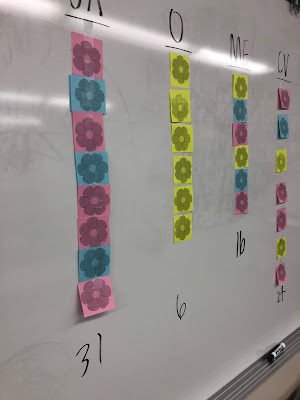 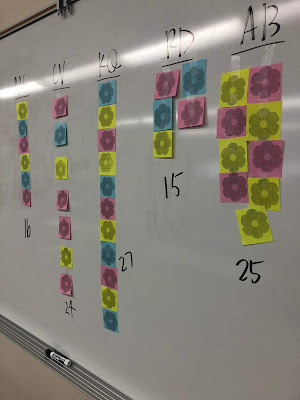 Just like in Capture The Flag, the point value for each color is revealed at the very end. Some students try to vary the colors in their garden, and others pick a color and commit the entire game. Either way, it's a fun surprise that keeps students participating until the very end! 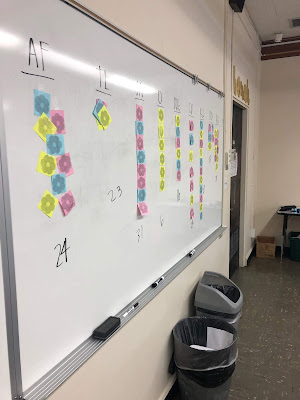 The flower garden idea could easily be adapted for the season. For example, October could be ghosts in the graveyard and December could be presents under the tree. The symbols are easy to vary to keep it fresh!